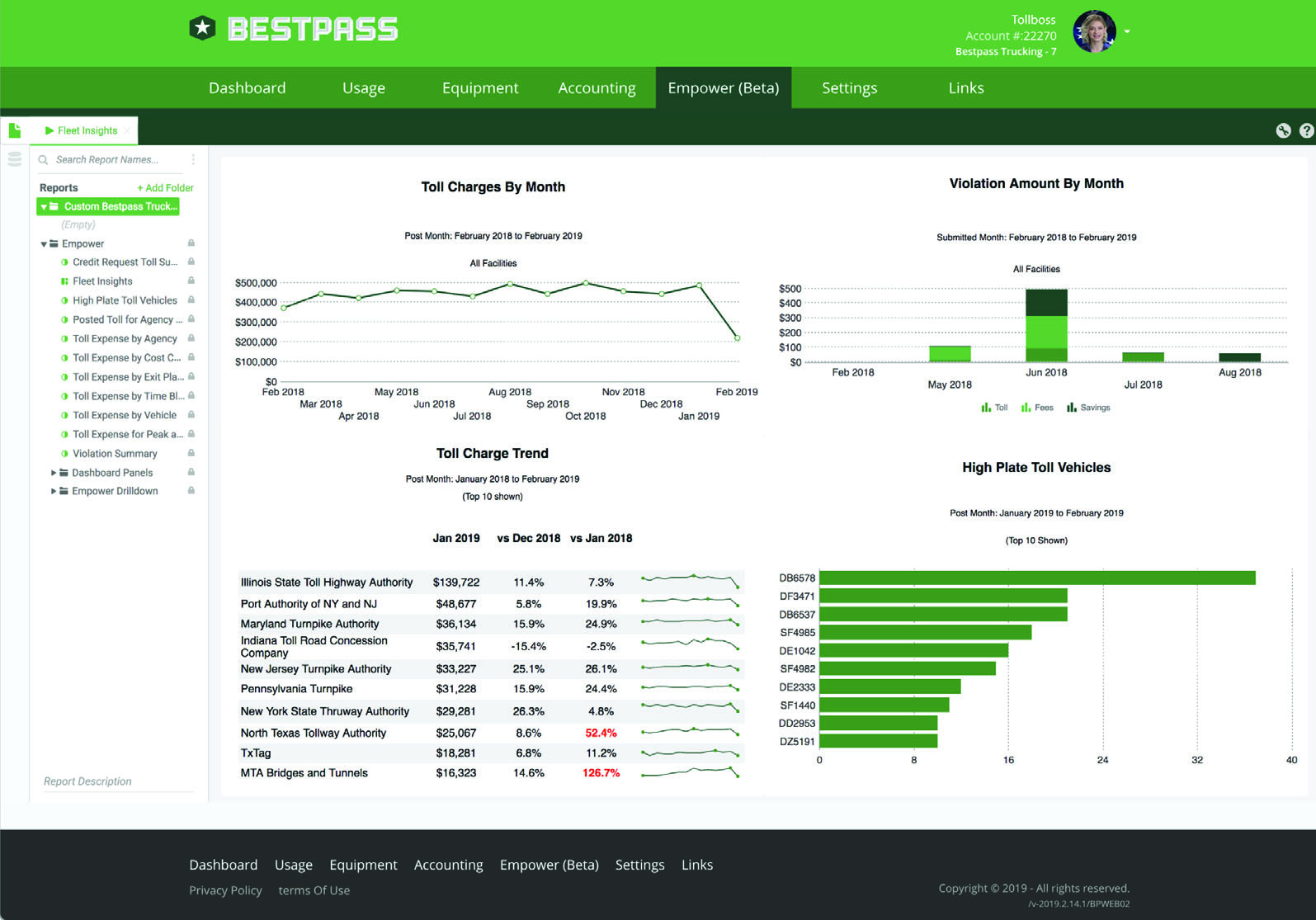 Bestpass, a company that provides streamlined nationwide toll management service to commercial fleets, today announced that it is expanding its coverage to South Carolina through a partnership with the Southern Connector Toll Road while simultaneously launching a powerful tolling data visualization tool.

Bestpass, which already covers nearly every tolled facility in the United States, is expanding its coverage to include the Southern Connector Toll Road (I-185), a 16-mile highway that allows traffic to move more quickly and efficiently through Greenville County in upstate South Carolina.

“The Southern Connector is one of the most convenient routes in the region, and as a result, we see a significant amount of commercial traffic,” said Pete Femia, president of the Southern Connector. “Partnering with Bestpass makes sound business sense. We know that they will take care of our commercial users, and we can focus our attention on other priorities.”

“We were able to directly integrate with the Southern Connector’s back office, which allows us to move payments and toll data in a streamlined process that significantly benefits both the tolling authority and our thousands of customers that use the highway,” said John Andrews, president and CEO of Bestpass.

Bestpass has been testing coverage on the Southern Connector with several customers and expects to make the coverage available to all users by the end of April 2019. The company is actively engaged with other tolling authorities to expand back office integration and payment processing, ultimately improving commercial toll management for both providers and end-users.

Empower takes raw tolling data and helps users visualize toll charges over time, violation occurrences, toll usage by authority, and high plate toll vehicles, with the opportunity to drill down on many other detailed data sets.

“No matter the size of your fleet, the sheer volume of toll data that is available can quickly become overwhelming. We’ve always provided great value to our customers by making their toll data more manageable, and Empower is the next level of toll data management,” said Andrews.

Several Bestpass customers are already using Empower, and the company expects to roll the new platform out to all its fleet customers by the end of June 2019.

We recently teamed up with @WEXFleet for a new tolling program that gives WEX customers an easier way to pay for toll. Learn more: bpass.us/3AD1044 #tollmanagement #paymentplatform